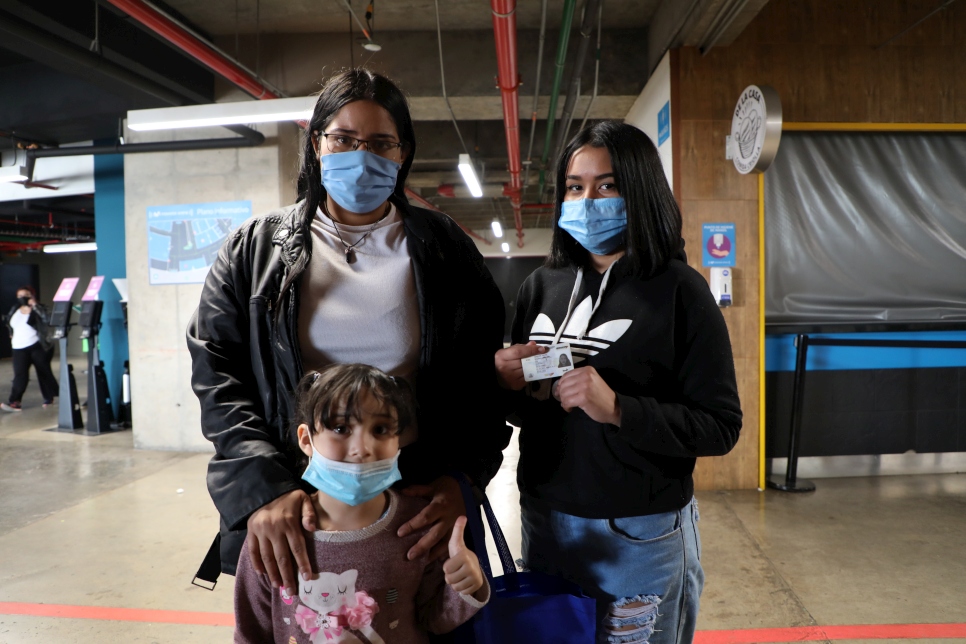 Today marks one year since the adoption of the Temporary Protection Statute announced by Colombia to regularize the status of Venezuelan refugees and migrants in the country. According to official figures, more than 296,000 people have already received the document that regularizes their stay in Colombia for ten years.  © UNHCR/Daniela Carmargo

Today we mark one year since the start of the Temporary Protection Statute, which Colombia adopted in order toto regularize refugees and migrants from Venezuela inside its borders. As a result, we want to recognize the message of integration that the Government has promoted throughout the region, as well as the generosity of the Colombian people, with this historic decision that has allowed more than a million refugees and migrants from Venezuela to begin the regularization process.

According to official figures, as of today, more than 296,000 people have already received the Temporary Protection Permit, which regularizes their stay in Colombia for 10 years, while at the same time massive efforts continue throughout the country to deliver the document, thank to the support of partners.

The Temporary Protection Statute facilitates access to fundamental rights and essential services such as the social security health system and COVID-19 vaccination programs, among others. Regularization is also essential to achieving long-term solutions, such as access to the formal labor market, which also helps boost the Colombian economy.

This massive effort towards inclusion has also sent an important message in the fight against discrimination. As a policy and program that fosters cohesion, it plays an essential role in reducing misperceptions and tackling stigmatization and xenophobia.

Colombia is playing host to 1.8 million of the nearly 5 million refugees and migrants from Venezuela in Latin America and the Caribbean. The results of the plan, in this, the No. 1 recipient country, have motivated other nations in the region to guarantee protection, access to rights and a dignified life for the Venezuelans who have left their home in recent years.

Several countries are promoting the inclusion of the Venezuelan refugees and migrants who are seeking to remain in their societies. I applaud the initiatives in Argentina, Brazil, Ecuador, Paraguay, Peru, the Dominican Republic, Uruguay and all the countries that are facilitating documentation and seeking solutions to regularize and offer protection to the Venezuelan population, via different instruments in their national legislation and by promoting a multi-country response through regional forums such as the Quito Process.

For these efforts to be sustainable, an inclusive approach is required from all civil society participants, particularly diaspora organizations – which are agents of change - host communities, and authorities at the national and local levels.

But, above all, in order to continue making these long-term inclusive processes reality, the international community’s support to governments across the region is essential. Registration and documentation are only the first step in the regularization process, and they must be accompanied by investments and concrete actions to strengthen the protection of the most vulnerable people, facilitate access to services and guarantee the well-being of both refugees and migrants and the local population hosting them.

In the current scenario, with its significant challenges, but also opportunities, we underscore our support of the Interagency Coordination Platform for refugees and migrants from Venezuela (R4V) to continue supporting these regularization and inclusion processes in the region, which serve as models, worldwide.

Contacts for the press: